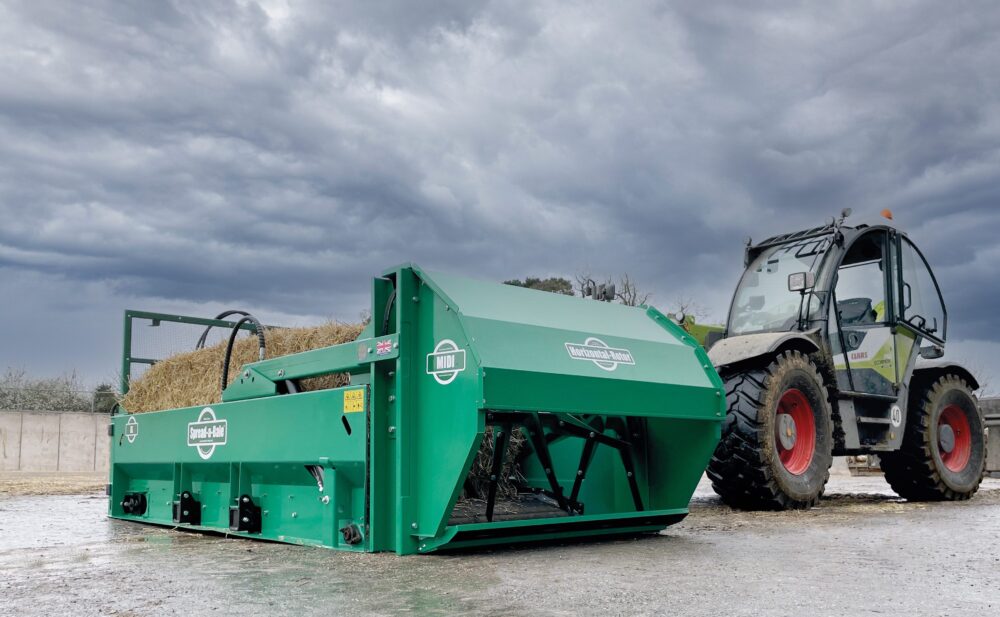 Spread-a-Bale has introduced a new spreader head option to its current portfolio which extends the spread distance and enables livestock farmers to make further reductions in straw spreading time and labour. Equally important, they will be able to make straw savings of between 30% to 50%.

Called the Horizontal Rotor (HR), the head features a single horizontal rotor which enables straw to be delivered in a linear spread pattern, one metre wide and thrown up to 12 metres with minimal dust generation. Only one materials handler is required to operate.

The HR head can be fitted to any of Spread-a-Bale’s M range and is available on both front end and side mounted models.

Spread-a-Bale’s Michael Hughes explains: “The new spreader head’s single horizontal rotor is an alternative new option to Spread-a-Bale’s two contra rotating rotors, enabling straw to be thrown longer distances in a linear, one meter wide fashion, and it is particularly suitable for side mounted materials handlers.” He adds: “The HR is of particular interest for pig producers providing them with a first-time opportunity to more precisely bed up their pig arcs.”