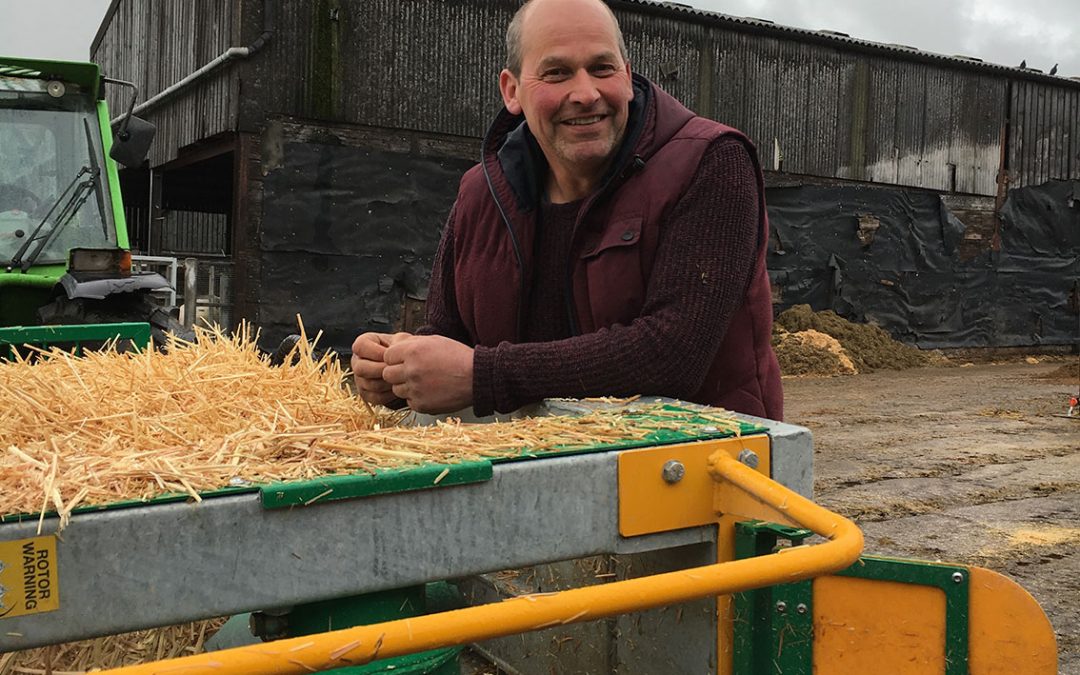 Straw spreading machine, Spread-a-Bale has halved the straw bill and made savings sufficient for the system to pay for itself in less than one year according to the University of Liverpool Institute of Veterinary Science, Wood Park Farm.

Seeking to reduce the amount of straw bedding and subsequent costs whilst maintaining the high performance of the University’s 220-cow herd in terms of low mastitis incidence and somatic cell counts, Wood Park Farm evaluated Spread-a-Bale in its straw bedded dry cow and youngstock accommodation.

Compared to its previous operations using a grab to shake out the straw, Spread-a-Bale proved to be more effective and efficient; the number of bales used was reduced by 50%, making savings sufficient to cover over 100% return on capital investment in under a 12-month period. At the same time, quality of the bed remained the same, and the low level of mastitis cases was maintained.

“I’ve used a number of straw bedding machines over more years than I care to remember and have always disliked the amount of dust produced during spreading and even less appreciated unblocking them on a regular basis,” explains Wood Park Farm’s farm manager, John Cameron.

“We have several straw yards with less than ideal designs, and have a high standard of bedding being a university farm which in turn means a significant amount of straw is used annually. The straw bill for 2018 was around £30,000 which is about twice the average spend for this size of farm based on Promar costings.

“Using Spread-a-Bale, we have halved our straw usage, which means that the machine will have paid for itself within 12 months. It’s easy to use and rarely blocks, but its rotors and bed can be put in to reverse if it does, and it leaves a fluffy bed for the animals to nest in.”

The Wood Park Farm findings are consistent with feedback from other livestock farmers, says former dairy producer Michael Hughes who invented, developed and patented Spread-a-Bale. “These farmers are commonly reporting 50% straw saving over manual spreading with square bales and up to 35% for round bales. They are also reporting making time and labour savings of up to 75%; one 600kg rectangular bale can be spread in 45 seconds,” he says.

“That’s because In contrast to standard bale processors that literally chop and blow the straw into the livestock pen using pneumatic force, Spread-a-Bale’s spreading rotors accelerate a mass of straw in order to throw it the full width of the pen with minimal dust generation. Consequently, longer straw makes for a longer lasting bed. Furthermore, the system is truly self-loading from the stack, consequently only one fore-end loader is required.”

Michael Hughes adds: “The mechanism’s ability to minimize dust is contributing to reducing health risksfor both farmers, operators and their livestock, whilst it also offers improved welfare -the entire system has a much reduced carbon footprint over any other mechanised system. Added together and Spread-a-Bale is improving dairy farmers’ business efficiency -it is lowering their system’s overall costs and contributing to a competitive advantage.”